Am I missing something, or have the social buttons under the vote counter disappeared (network-wide)? 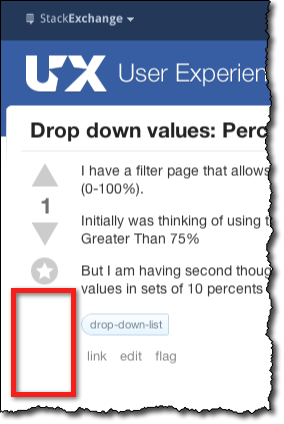 I must say, I know that a lot of folks (especially on SO) found the visual noise obnoxious, but I used them with some regularity. 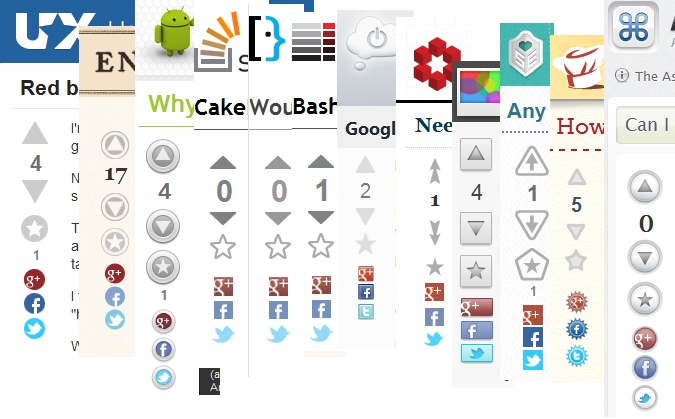 They were removed last week. They apparently saw "abysmal" usage rates and Kevin Montrose had been itching to remove them. I specifically mentioned that sites like UX likely use the sharing buttons a lot more than Stack Overflow (I was afraid SO likely heavily biases their opinion on the matter) but he said their usage was mostly the same across the network, and that while UX had more sharing than most it wasn't enough to keep the buttons around.

Note links shared from that URL count toward the Announcer/ect badge.

I've suggested the buttons be moved into the link link under each post on Meta Stack Overflow.

There's now a userscript to impliment my suggestion: Add Share buttons to the “link” box. Chrome/Firefox users can put this to use until SE changes something with sharing (if they do).

Not the answer you're looking for? Browse other questions tagged bug status-completed sharing .

9
Affordance of sharing: add twitter, facebook icons below questions
3
Missing top padding on question pages
19
Is it time to put an end to "Icon for X" questions?
3
Balsamiq Mockups Wireframes icon is missing