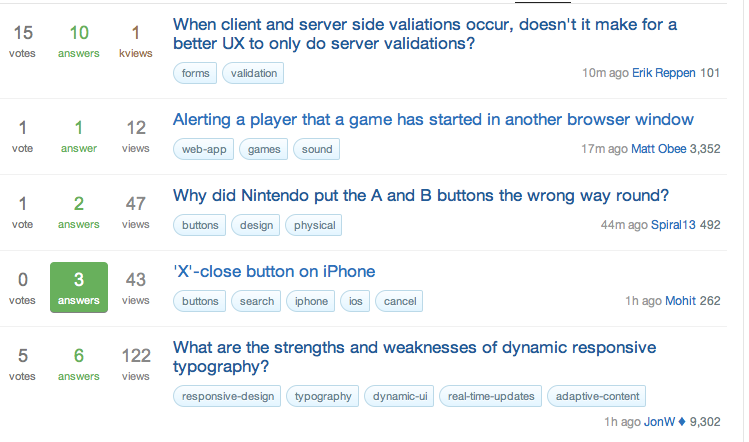 5
Why dont links open in new tabs by default?
6
Tag links in Meta have visited colors
7
Badges for answering X and asking Y number of questions
0
Can We Provide Help and Direction for Questions that are "Too Broad"?
0
Questions asking for links